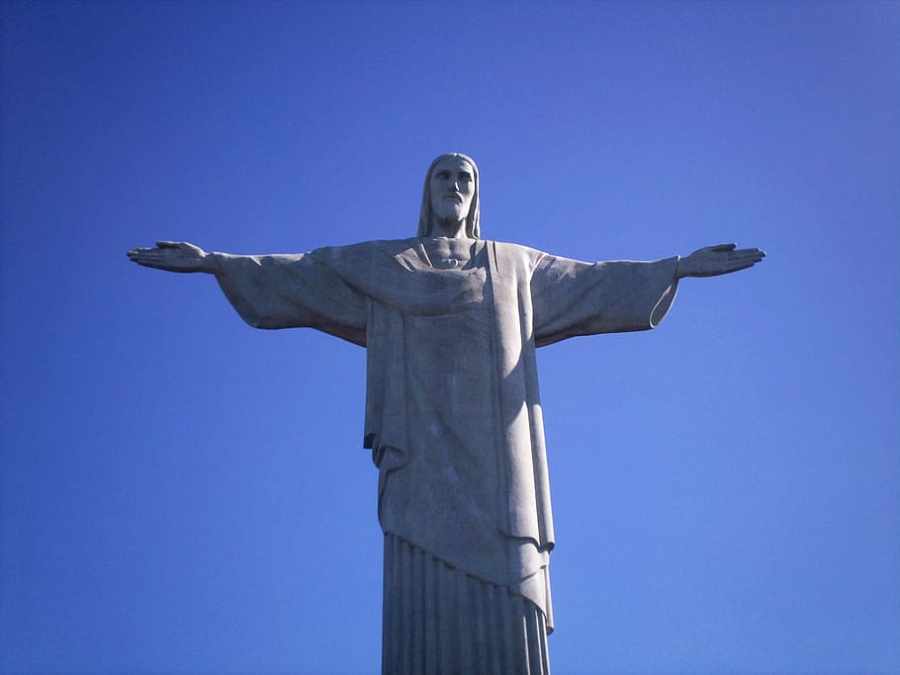 As human beings, we all fall sometimes. I think in some sense we are all destined to at some point in our lives. If we do not, we cannot truly learn how to be better people. It is in the mistakes we make that we learn valuable lessons. We begin to recognize right from wrong, we get a better sense of the people we choose to surround ourselves with, we understand how we can live a good and godly life.

Throughout our lives, we will inevitably find ourselves in circumstances where we have taken a wrong step on our path, or strayed down the wrong one. We might do or say something that we deeply regret. We might make a choice that does more harm than good. In fact, the harm it does may not even be to others, but to ourselves. It may affect the way others see us, and that can in turn be detrimental to our own sense of happiness, our mental health.

As a Christian, I believe everyone has a shot at redemption. Everyone is able to be redeemed. Through Christ, redemption is possible for each and every one of us. That is the beauty of the sacrifice Jesus Christ made for us all when He gave His own life for our own, when He willingly went to His death upon the Cross. In Christ’s case, He had done no wrong. He was not deserving of the condemnation He received. We are truly not worthy of all that He has done for us. Yet we all get that chance. Redemption is available for all of us, no matter how we have fallen, no matter what has caused us to fall.

God rights our wrongs. He has done this since the beginning. The first time humanity fell was in the Garden of Eden, when Adam and Eve disobeyed God, fell to temptation, and consumed the fruit of the Tree of Knowledge of Good and Evil. This is why we are all inherently susceptible to wrongdoing, to corruption. It goes back to our very first ancestors. We could have all been doomed to die without any hope of salvation, any hope of redemption. But God loves us so much that He made the ultimate sacrifice to save us so that we may live in eternal paradise with Him in the Kingdom of Heaven. John 3:16 encapsulates this great sacrifice, indeed the entire Gospel, best:

For God so loved the world that He gave His one and only Son, that whoever believes in Him shall not perish but have eternal life.

There is so much power in that sacrifice. There is so much love. Each and every one of us is loved by God. We are each carefully created in His own image. We are not perfect, but we are still loved by Him. And although we stumble, although we fall, we are still given the chance to be redeemed through His Son, Jesus Christ. Although we struggle, although we fail to live as God would want us to, we are granted redemption through the sacrifice He made for us. This is further reiterated in Romans:

God puts us right through our faith in Jesus Christ, and this is applied to all who believe. For there is no distinction of persons, because all have sinned and all have fallen short of the glory of God; and all are put right with God freely by His grace through the redemption effected in Jesus Christ. – Romans 3:22-24

No one should be denied a shot at redemption. No one should be so harshly judged by their peers on Earth that they are deemed incapable of change if they have merely made a mistake, if they have naively made the wrong choices. We all have pasts, we all probably live with some regret, some more than others. But no one should be cast out and thrown aside because of that.

I believe that we should not judge others because of their past mistakes. Yes, they made errors. Yes, they made the wrong decisions. But that should not dictate their entire life henceforth. They should be given a chance at redemption. They may have come a long way since then, no doubt battling inner demons like regret. They do not, however, deserve to be an outcast. No one is incapable of redemption. They deserve, at the very least, to be given the opportunity to explain their errors of judgement, to clear the air. Because it is highly likely that they have learnt a valuable lesson, and it would be beneficial for society to hear what the individual has grasped.

I think, particularly in modern society, human beings can be truly petty. They can hold something against someone and use it as an excuse to alienate them for the foreseeable future. In a world where we are quick to judge people on the errors and regrets of their past, we have somehow managed to keep stooping to new lows. Certain groups of people target individuals and attempt to “cancel” them based on a tweet from ten years ago. They refuse to let people work with them, maybe even refusing them a voice on their platform, because of mistakes they made years ago. Some might even demonize or warn others off of a person because of this. If we as human beings keep acting in such ways, we are only going to hurt others, and likely alienate ourselves from them in the process.

For Christians especially, we cannot claim to be truly Christian when we do such things as those mentioned above. We should act in good faith and allow others the opportunity to show us that they have redeemed themselves. We must act like Jesus did when He lived among us on this very Earth. We must act like God our Creator did when He made the ultimate sacrifice in giving His Only Son so that we could merely have the chance to be redeemed. God never had to do that for us. Yet He did. And that in itself should be a thought that lingers on each of our minds, especially when we consider someone who has taken a misstep or been led astray but has learnt from that and found a way back through the redemption that God our Father offers to each one of us.

There is a famous statue that sits atop the Corcovado Mountain in Rio de Janeiro, the capital city of Brazil. It is the heart of the nation. Each year, it is visited by around two million people. It is a symbol of Christianity across the globe, one of the Seven Wonders of the World. But I think it gains that title from far more than just being a mere symbol of the Christian faith. It is representative of our redemption, of how humanity, despite our inherent failings, is and can continue to be redeemed through the selfless actions of God our Father, and Christ our Redeemer.

Spirit & Truth is a series focusing on our humanity and our connection with God. Each edition will draw into focus one aspect of human life and explore it in some depth. Spirit and truth are the keys to living a good and godly life.